Zen: An attitude of peace, awareness, focus and freedom arising from being in tune with the universe

Like salty rice, seaweed and fresh fish, Sushi Zen blends the lore of Asian cuisine with the focus and attention to detail required by authentic sushi recipes. Chefs Kazumi Yoshimoto (Yoshi), Yuichiro Ito, and Takayuki Okuda are definitely in tune with some kind of universal gastronomic power that inspires their amazing-yet-edible works of art.

Replacing their out of date website was part of a renovation of Sushi Zen's presence in Savannah. Along with a redesign of their dining area in the Downtown restaurant, Yoshi decided to upgrade their old website as well. United WebWorks helped them transform it into a cutting edge marketing workhorse.

"For him, the main objective is to make food that is admittedly catered to American tastes but is still genuinely Japanese, so that people from both cultures can sit down and enjoy together."

Offering mostly hand-crafted sushi in their two locations in Savannah, Sushi Zen also serves up Tempura, Ramen and other Japanese delicacies, plus steak and chicken with an Asian flair. It was decided that more was needed than just a written menu on the website so we added a media section to the pull-downs on each page.

Sushi Zen has a growing cadre of followers on Facebook and Instagram, so we integrated aspects of their media page with the mouth-watering photos.

We didn't use WordPress or any other commercially available platform for the site- it's all built from scratch by our highly capable code-writers. Because of that we could customize the look, feel and content of Sushi Zen's entire new website  exactly to Yoshi's customers' priorities. It's all there- information about the chefs, lots of great photos, hours and locations, menus and branding.

After we launched, a few of their key personnel came in for training in how to edit the site on their own anytime they want with a few easy clicks. Now changing a menu item or announcing an event can be done in a few minutes as opposed to waiting for a third party webmaster to find the time to do it.

Part of our marketing program for Sushi Zen was membership in a new restaurant site called Local Melt. For restaurant owners, Local Melt is a godsend, a welcome departure from the usual review sites like Yelp or TripAdvisor, where the real truth about an establishment is muddled at best.

Local Melt's priority is to build clientele for locally owned eating places (no chains allowed!) by making celebrities of chefs and cuisines. Instead of unfair one-star reviews, Local Melt allows food fans set the agenda, exploring recipes, flavors and kitchen triumphs with the professionals whose passion goes into every plate. Like an online community of fine-dining lovers, Local Melt will fill a gaping hole in the restaurant industry- a place of connection between the craftspeople who create excellent food with the very fans who enjoy their art.

The potential for connection to a nationwide foodie audience is unlimited, and with so many out-of-town visitors to Savannah, it's a perfect fit for Sushi Zen and many other amazing culinary treasures here in coastal Georgia. There's also potential to partner with reservation, catering, and even delivery services along the way.

Sushi Zen has kept their stellar reputation for quality for more than 20 years now. When asked what's behind their success, Yoshi's wife Amy levels a challenge:

"We do everything from scratch and everything is fresh. Do you know how many Japanese restaurants are here in Savannah? Probably 14 or 15. Go around and eat their food and then you come back and tell us!" 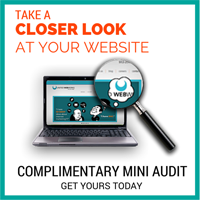