The idea of categorizing people in our society by generations is a uniquely recent phenomenon and as nice and tidy as it sounds, placing people into a historical box isn't so easy. For much of our history, events and culture proceeded at a leisurely pace; people born in 1900 lived a lot like people born in 1800. Maybe it’s a way for us to try to understand and cope with the blistering rate of societal and technological change thrust upon us in this century but as much as we'd like them to be, the boundaries between contemporary cultural cohorts just aren't that clear.

Most sociologists and demographers will agree that the last truly identifiable generation is the Baby Boomer group, born between 1946 and 1964. The US had just won a world war, prosperity was rising and the suburban nuclear family became the ideal. As we evaluate the rest of the 20th century and into the 21st, however, the same small set of defining factors don't apply as easily.

That said, one thing we do know is that 30-year-olds today are very different than their counterparts in 1980. Their beliefs, values and behaviors can seem unrecognizable to those who are older and in some cases, "kids these days" are devalued and misunderstood.

The problem is that every enterprise that stays in business for more than twenty years MUST deal with societal change. Selling to one familiar demographic slice does not a profitable company make. This one reason marketing is so important; so businesses like yours can keep producing a great product or service, while we marketers can help you shape your message in ways that connect with everyone who could possibly buy from you. And increasingly, your buyers are referred to as "Millennials."

While generational boundaries are fuzzy, there are a few things that very generally characterize people born during the onset and maturation of the internet. If you're over 50, you easily remember what it was like to use pay phones and fax machines. Anyone younger struggles to conceive what it was like to move through life without a constant connection to the rest of the world on a handheld screen.

The values, assumptions and preferences of your customers is changing as the millennial group ages into adulthood. What's different? Here are a few broad brushstrokes that will affect how you market your business in the coming decade and beyond.

With the rise of the internet and the sheer volume of easily accessible information, there's been a trend toward publishing an abundance of written and graphic material on business websites. Winning the sale will now go to the website that does the best job of equipping people with the facts they need to compare their options.

When a need or want appears, the first thing a millennial does is whip out a phone or open a laptop to get started on defining their problem and finding a solution in the form of a product or service. It is empowering to know that you can find out what you really want to know with a few clicks instead of having to trust a salesperson with an agenda. Millennials expect the sense of control that internet searches provide. And it's not just corporate boilerplate they want-- they're looking for authentic information including the opinions of others who have bought from you before.

The Center for Generational Kinetics reports that their surveys found that 84% of millennials were influenced by user-generated content (reviews and such) in their purchasing process.

This isn't a new phenomenon. Content marketing has been around a long time. 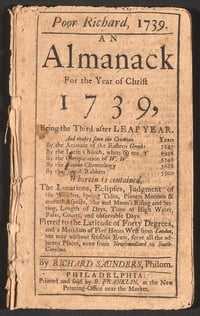 Be the brand that offers the most and best information surrounding your product or service. Take on the role of trusted advisor to help them solve a problem. To do that, produce content that is personally helpful and "made for them." Honesty is valued, pushiness is not.

Millennials have grown up with an unrelenting exposure to mass media advertising in every corner of their lives. It has gotten to the point that they don't even see most ads anymore. This Forbes magazine article explores the new reality that brand reputation is built through social networks and incentivization rather than commercials in any form.

Many brands have caught on to the fact that personal one-to-one connections can be nurtured in the social media sphere. Product development is now seen as a marketing opportunity whereby companies involve their customers in the process. One example is Frito-Lay's Do Us a Flavor campaign which solicited new chip flavor ideas from, well, anyone. They also created a suite of flavors meant to conjure various regional cuisines. The result is a constantly changing rotation of new products influenced by the personal involvement of buyers.

Social media play a significant role in giving consumers the opportunity to know and trust a company. Customer service via Twitter, contests, flash sales, videos and endless other clever ideas are presented in a medium that is conversational.

To do this well, it must be an authentic effort. Don’t expect to fool anyone with half-hearted attempts to appear conversational yet remain unresponsive to comments and questions in the social media or other public sphere.

Millennials know that if they want to shop for an item, they can easily find it in a few seconds by asking their phone to look it up. They don't need a magazine ad, direct mail flyer or radio spot to keep persuading them to buy stuff they're not interested in. Instead of company-focused self promotion, smart businesses are shifting to customer-focused personalized messaging.

In the minds of Millennials, traditional scattershot marketing doesn't make much sense. As big data empowers marketers to segment and target like never before, a random ad for something they've never done an online search for is annoying at best.

There's much more to say about the differences between inbound and outbound marketing approaches. If you'd like to know more head on over to this article on the inbound methodology.

It's not about acquiring goods or even finding the best deal. In fact, as the sharing economy unfolds we see moves toward connection with others by leasing, renting and borrowing over buying. The experience during the transaction is just as important as acquisition, and purchases solve problems. Offering an organic experience means thinking about adventure, fun, enjoyment and making life easier in some way.

This is one reason why many companies use humor to engage the emotions. If you can make a customer smile or laugh, you've done something to set yourself apart from a competitor who doesn't.

Is there a more boring product than insurance? Not anymore! Until now it's been difficult to associate insurance with everyday humor but several of the largest brands have pulled  off successful campaigns that supply laughs as they promote their offerings. Progressive puts their spokeswoman "Flo" in crazy situations as she protects your home and auto, and who can forget the offended cavemen? The Mayhem character helps sell Allstate. And the Geico Gecko is now an advertising icon.

Other ways to provide organic experiences is investing money is rewarding loyal customers. Telling their stories, handing out special pricing and providing great customer service is just the start of making friends out of customers. Think through every part of the buying experience. Flag elements that don't make sense, slows the process down or turns off a buyer who is looking for a highly personalized approach. Answer their biggest questions first, then provide pathways to more only if they choose to look for it.

We all know of 50-year-olds who flounder with digital technologies and 80-year-olds who can't get through the day without checking their social media feeds. Generalizations give way to specifics, and in the end it's about forging relationships with people; your customers.  Millennials are increasing their presence in the marketplace as Baby Boomers move into retirement.

We get it. It's tough enough to compete the way you're used to. We can help! Start the conversation with us about how to prepare for a future that's changing rapidly.